The computing resources get older as years progress as new technologies evolve. The number of transistors increase per unit size and the…

The computing resources get older as years progress, as newer technologies evolve. The number of transistors increase per unit size and the components get smaller and efficient (they call it the Moore’s law). So, this desktop was assembled in the year 2010 when I was in college. Needed a decent desktop for college projects (and gaming of course!) then.

The specs when assembled were — AMD Phenom II x 4 945 processor up to 3GHz, Kingston 4GB DDR3 RAM, Seagate Barracuda 500 GB SATA HDD, Gigabyte GA-MA785GMT-US2H motherboard and ATI Radeon 4500 HD 512MB graphics. Now, this was decent configuration back in 2010 to run applications such as Netbeans IDE, Eclipse, J2ME emulator, play games like Mafia II, Fifa 10 etc. I would like to specially thank my college friend for suggesting these specs to me back in 2010.

After couple of years this desktop was abandoned for a shinier Sony Vaio E series laptop. The assembled desktop started catching dust (for years to come).

In 2019, I realize that it’s still got venom in it provided a few upgrades are made to its disk and memory. So these were the upgrades I made — Firstly, I installed 8GB DDR3 additional RAM to the existing 4GB to make it 12GB in total. This made running more applications possible and reduced the use of virtual memory access. Note that the arrangement of these RAM chips in the slots also matter. Had to check the motherboard manual and arrange them in the sequence described there. Secondly, installed a new Western Digital Green SSD 240GB alongside the existing magnetic HDD. Usage of an SSD makes disk access faster and reliable. Although, the maximum speed supported by the SSD was 6Gbps, I had to satiate for half of its power as the motherboard supported SATA 2nd generation connections (3Gbps). Still, a 3x gain over older HDD. The operating system both GNU/Linux (Trisquel) and Windows were installed on the SSD with a dual boot option. One needs to be meticulous here in allocating disk space and also in assigning the sequence in which OS(s) are installed. Preferably, install Windows first and then GNU/Linux.

There are other peripheral issues which needs to be taken care of in a desktop and if ignored can hamper performance. These are issues such as cooling and ventilation. Firstly, I had to unscrew the chassis and pluck out the CPU which was running at about 70º Celsius. The heat sink had dust accumulated for almost a decade which had to cleaned. A thermal compound paste was freshly applied on the CPU to reduce the temperatures. The metal heat sink was then carefully placed on the thermal paste. The trick here to avoid any air gaps between the CPU and heat sink is to apply the thermal paste at a single point in the middle. When the metal heat sink is placed on top of this paste, it distributes the thermal compound without any air gaps. Guess what? After doing this and booting my system, I was able to detect a 20º Celsius drop in the CPU temperature (as shown in the BIOS). This was a huge gain! (Check, this DIY tutorial). Secondly, to keep it well ventilated I moved the cabinet from an earlier claustrophobic, beneath the desk to top of the desk near a window to get some fresh air. The SMPS fan also needed some dusting before I could do this.

So, my desktop was ready to do some serious computing now. I also had two Dell Ultrasharp 24" monitors — one newly bought and one a few years old which were connected to a PCI VGA slot and D-Sub respectively. The BIOS settings were to be set in such way that the on-chip VGA got initialized first. The two monitors provide an extended display. Comes in handy during programming. One can run a browser and the other could be rendering an IDE (like IntelliJ or VSCode). Reduces the time taken for programming considerably as everything we need is visible (no need to keep toggling between those windows!). 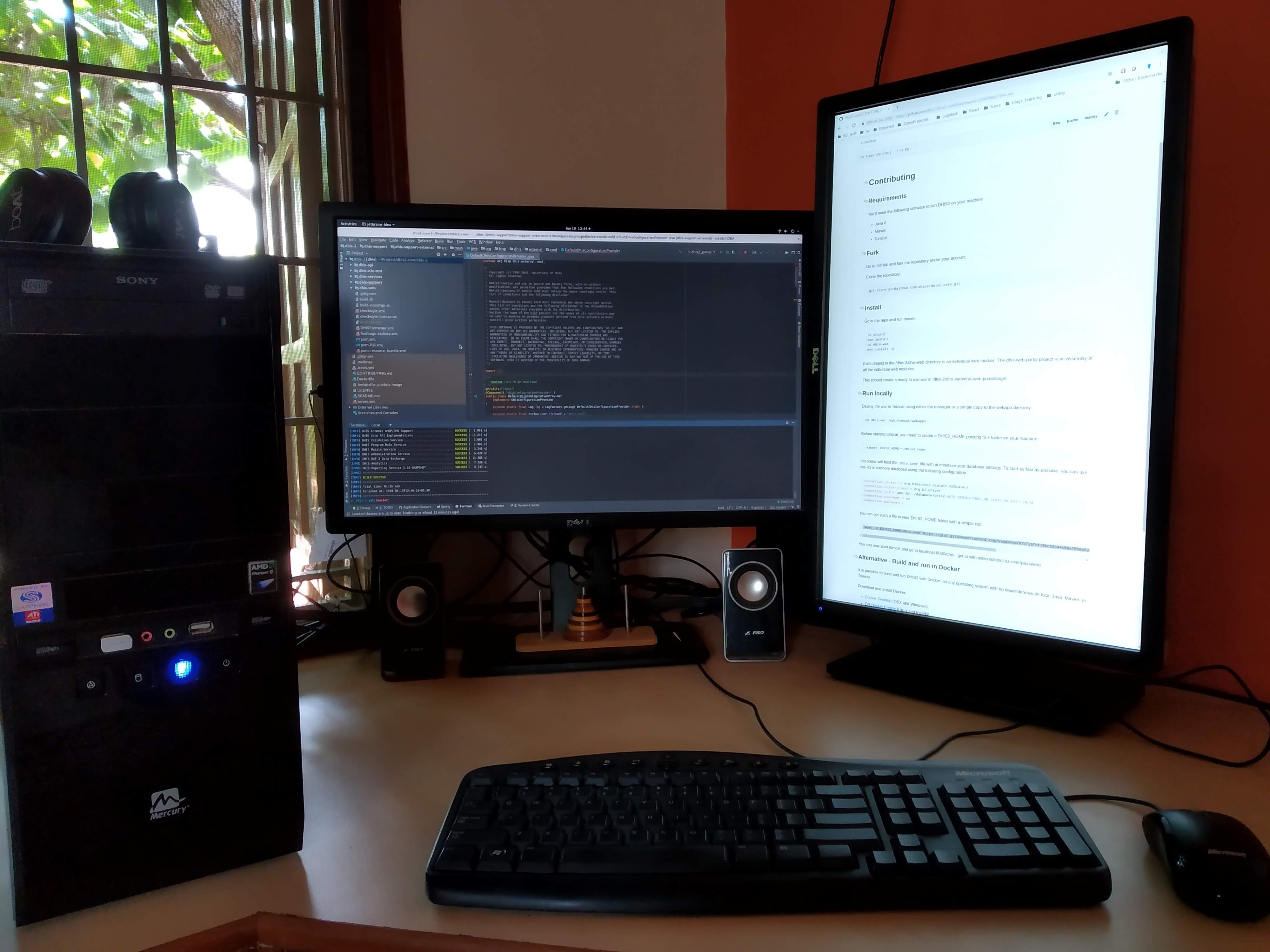 With love and care things can be revived