I wake up one morning reminiscing about the place my friend talked of the other day. This cafe in a tech park where one would relish…

I wake up one morning reminiscing about the place my friend talked of the other day. This cafe in a tech park where one would relish working remotely. Most importantly, it was close to where I stay and beats the suffering from traffic. So, I got dressed up, packed my bag with laptop, charger, headphone, USB cable (to charge my phone’s battery if it dies) and a bottle of potable water. My mother was generous enough to cook me a delicious breakfast with Idli and Saambar (one that only mothers know how to make). After the relishing on this stable and filling food, I take out my car to head for this place in the hope of getting some work done.

After a fifteen minute drive through the dilapidated roads and frenzy, I reach the gates to be greeted by the security guard who asked me for my ID card. When I showed my driving license, I realized that he was asking for something different. Lowered my window glass and said that I had to go to a cafe inside (recollecting from my friend’s experience). For which he agreed and let me pass. Parked my car in the visitor parking area and started climbing a hill to reach the top where the cafe was located. To give you some perspective — this cafe is located in a tech park which is built on an encroached lake. The lake is non-existent, however the depths of it are still felt. Finally, after a bit of physical exercise I reach this cafe with it’s neon lights reflecting on the glass panes of the building. Took a while to settle in as there were no power plug points to charge my laptop. After finding one, I started checking my mail as usual only to realize that the internet bandwidth on my phone was snail paced. I could probably go to the loo and come back by the time the webpage could load. All this effort in vain. Without network there was no way I could work. Saddened, I reach out of the building to get some fresh air only to be struck by the sight of a food truck serving Chicken Biriyani. I said to myself, “At least, you could eat something you liked and head back home.” I checked the time on my phone to realize that it was barely noon. I somehow had to stall for some time to get the next quota of meal that my body deserves.

So, now instead of getting work done at the cafe, I had to pass time for the lunch. How productive of me! I started looking at people nearby walking from the cafeteria to their offices all dressed in a formal attire to impress their bosses and clients. Most of them seemed obese and in their mid twenties or thirties. Obesity is clearly an outcome of their sedentary lifestyle. I wondered, if I were one among them what horrors I might have to go through. A bit of this and a bit of that, I am quite the time killer as one imagination paces to another, I see that it’s noon. Hurray! It’s lunch time (tad early today).

Now, there’s only one objective to complete and of course the most easy and desired one. I check the prices and find that it was modest considering the quantity they had been giving to others. Before that — I had to check other’s so as to be clear on how it looked and ascertain the number of chicken portions in it. Quite satisfied with my observations, I head to the food truck and ask for it. The server (not the internet one) took a leaved bowl (called Donne) and filled it with the spicy rice first. Then, he filled it with few pieces of chicken, half sliced boiled egg and then some onions and lemon. Quite a craft. “He’s doing more productive work than me”, I said to myself. There’s only one thing left now and that any one can do — binge. I lost sense of time as I started eating. It was finished in no time. I felt contentment and walked towards the lounge to sit for sometime, to allow myself to relax for a while before I could head back home.

This is how one does nothing and yet feel entitled for a meal which happens to be a fundamental craving of one’s body and mind. 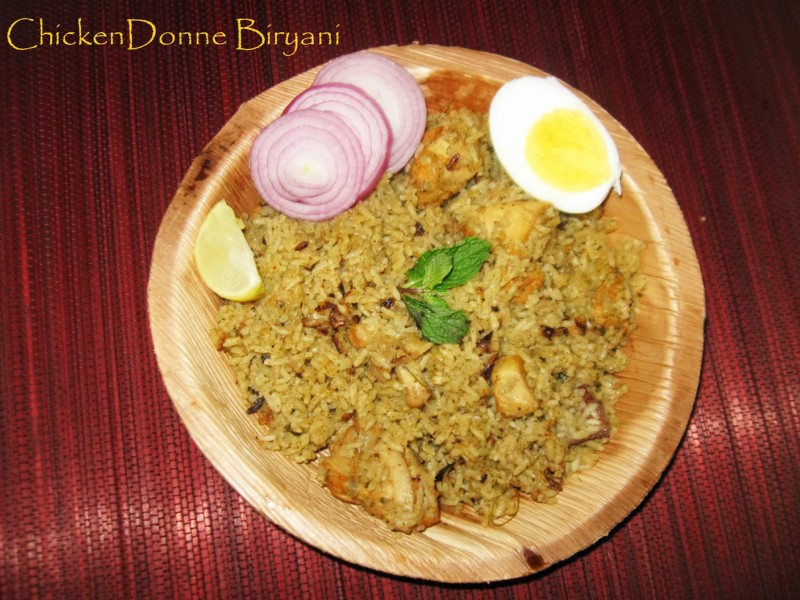